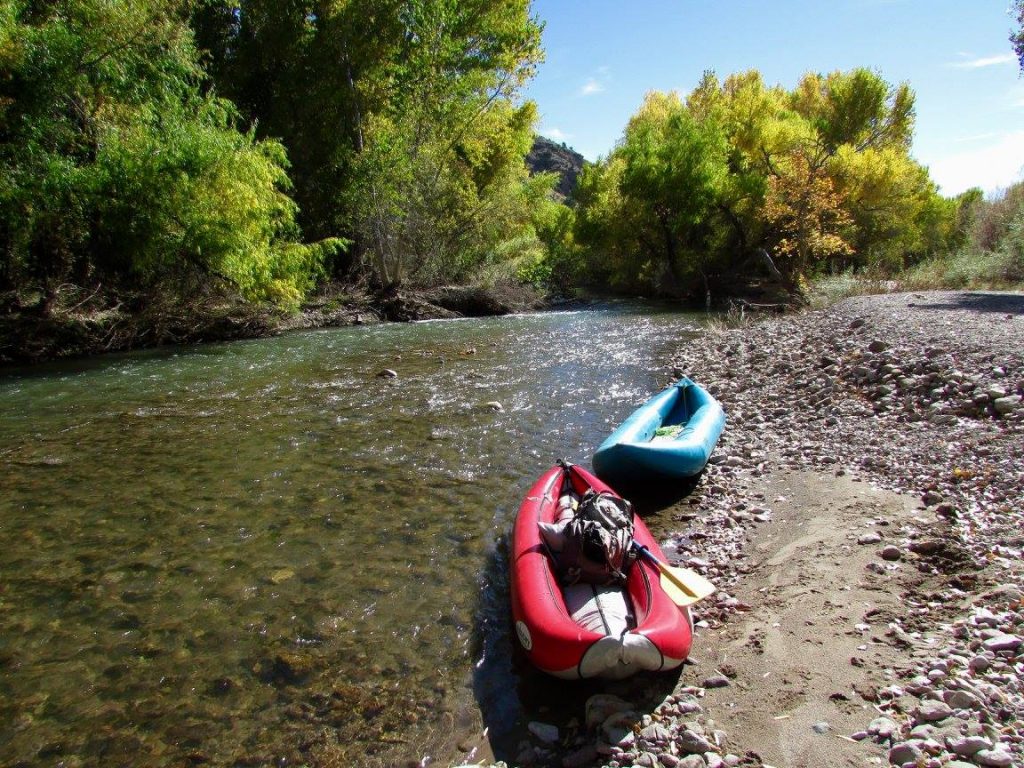 I have long understood the value of our country’s protected lands and rivers. As a child, I went outside to find adventure; today as a veteran, I go there for therapy. In fact, many veterans turn to our public lands and rivers to recover from what they experienced in combat. The fresh air, natural beauty, and rushing waters help wounded souls recover and heal.

Our country’s lands and rivers have always been a source of comfort and strength to other people, too, like first responders, those who are fighting addiction or struggling with mental illness. And today we are seeing more and more people turn to nature as we attempt to navigate the COVID-19 pandemic.

As a lifelong New Mexican, the Gila River in southwestern New Mexico has always been a favorite place. I have fished all the waters in the Gila Wilderness and National Forest and have taken countless veterans there to start or continue their healing process. It is unlike any place I have ever been. Its calm, quiet, meandering waters and wildlife make it an unexpected oasis in the American West. Stemming from the birthplace of America’s first wilderness, the Gila Wilderness, I cannot think of a place more worthy of protection.

This summer, after years of community engagement, New Mexico Sens. Tom Udall and Martin Heinrich introduced a bill that would preserve 450 miles of the Gila and San Francisco rivers as Wild and Scenic. This special designation would ensure people can always enjoy these exceptional waters as they are today and have been for centuries.

For nearly a decade, tribes, sportsmen and women, small business owners, landowners, ranchers, veterans like me and other stakeholders have been discussing the best way to protect the Gila River for future generations. Finally, after years of community meetings discussions and town halls, Udall and Heinrich released a draft bill and held a public comment period that helped to refine and shape the balanced and locally-driven “M.H. Dutch Salmon Greater Gila Wild and Scenic River Act,” named for a celebrated fisherman and conservationist who loved the Gila and said, “For love of country is a patriotic act.”

Last month the legislation received an important hearing in the U.S. Senate Committee on Energy and Natural Resources. This movement in Congress could not come at a more critical time. Time is running out this year, and the bill’s sponsor, Udall, is retiring from the Senate. Udall has spent his career to-date fighting to protect our lands and waters for our children and grandchildren.

Legislation to preserve the Gila River is not alone in having broad support and meriting Congress’ attention. Another bill in the Senate hearing was the Malheur Community Empowerment for the Owyhee Act, which would protect Oregon’s own “Grand Canyon.”

Additionally, several bills passed in the House as part of the National Defense Authorization Act that would protect natural treasures in Arizona, California, Colorado and Washington state. This includes the Colorado Outdoor Recreation and Economy (CORE) Act, which would — among other things — designate our nation’s first National Historic Landscape and honor the World War II 10th Mountain Division veterans who trained in Colorado’s winter terrain and returned home to found the state’s world-renown ski industry.

It is time to safeguard the Gila and other incredible places that have proven to be invaluable during these unprecedented times. The John D. Dingell Jr. Conservation, Management, and Recreation Act and the Great American Outdoors Act demonstrated the strong bipartisan support for protecting public lands and waters. It’s encouraging that in today’s polarized politics, there is at least one bipartisan common ground; protected public lands and rivers are a gift to future Americans and a haven for us today.

I want to know that I will always be able to visit the undisturbed quiet waters of the Gila when things get tough. I also want to know that my brothers and sisters who come after me have the same refuge. The time for Congress to act is now. The clock is ticking.

This guest column originally appeared in the Albuquerque Journal.