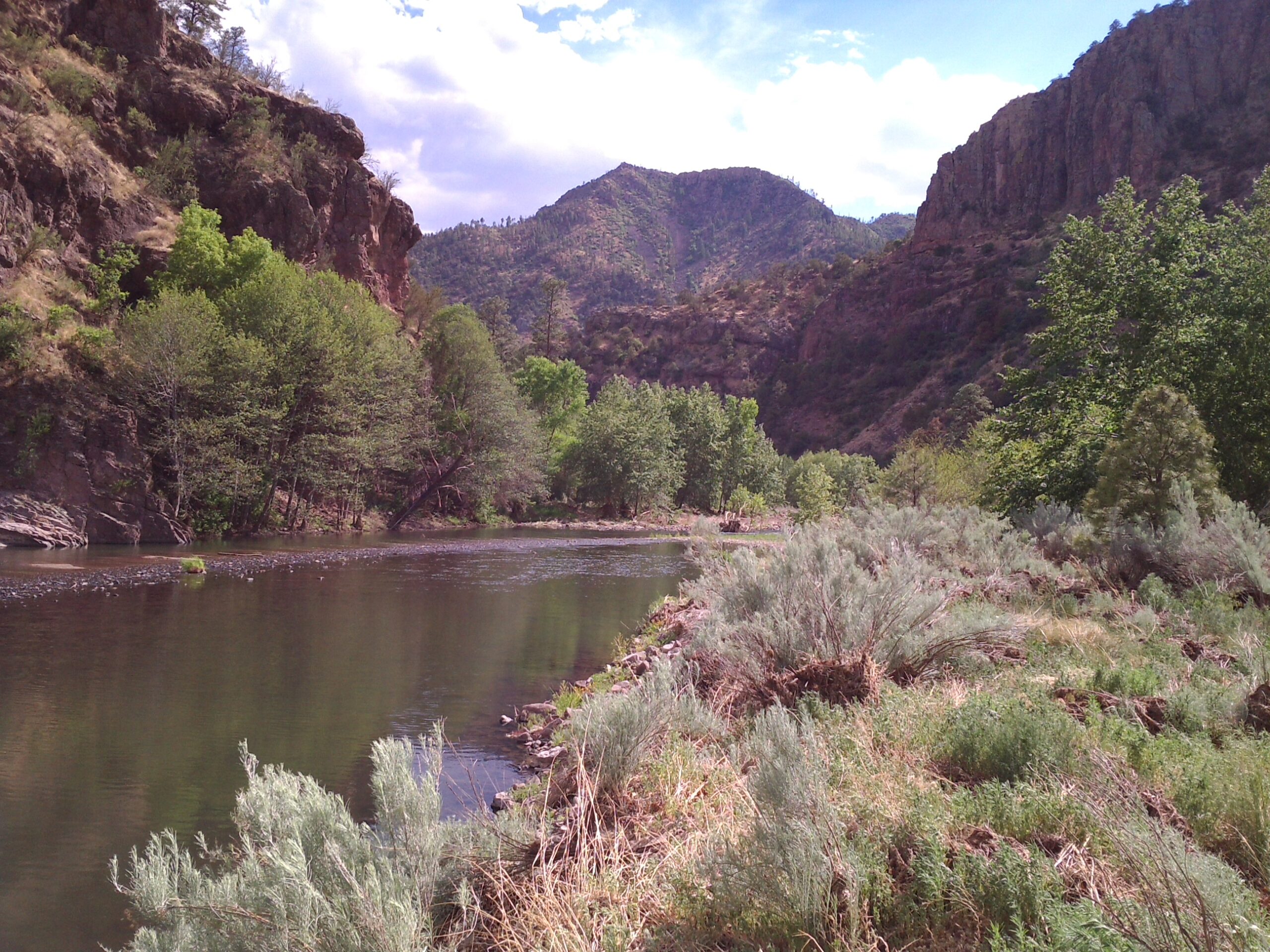 A diverse coalition of local residents in southwest New Mexico today is applauding the reintroduction of the M.H. Dutch Salmon Greater Gila Wild and Scenic River Act by Senators Martin Heinrich and Ben Ray Luján, which would protect portions of the Gila and San Francisco Rivers and their tributaries as Wild and Scenic. The bill was first introduced in May 2020 by Senator Heinrich and former Senator Tom Udall, but the local community has been advocating for the protection of these waterways for nearly a decade.

A groundswell of support for these protections has been growing from Tribes, hunters and anglers, veterans, land owners, small business owners, faith and civic organizations, local municipalities and governments, and outdoor recreation and conservation organizations. In response to the support, Senators Udall and Heinrich released a draft bill in February 2020 and engaged in an extensive and robust outreach effort to stakeholders that informed the bill including a public comment period, extensive discussions with agencies and land managers, roundtables with local stakeholders, and close work with local elected officials.

The community-driven proposal would secure the future of the Gila River by designating nearly 450 miles of the Gila and San Francisco Rivers as Wild and Scenic, ensuring traditional and current use of the rivers, while protecting critical wildlife habitat and growing New Mexico’s sustainable outdoor recreation economy.

Safeguarding America’s waterways has been identified as a critical tool to mitigate against the impacts of climate change. Across the country, rivers like the Rio Grande and Colorado are experiencing some of the lowest water levels in decades, and that is affecting communities across the West. Protecting the Gila and San Francisco Rivers as Wild and Scenic will protect clean water for southwestern New Mexico.

Grant County Commissioner Alicia Edwards said, “Over 500 miles of free flowing river at the heart of one of the most diverse bioregions in the world, the Gila River and its environs are national treasures well worth preserving and protecting. Congress passing the M.H. Dutch Salmon Greater Gila Wild and Scenic River legislation is a vital step forward in safeguarding the ecological and environmental health and well being of the Greater Gila bioregion; protecting the world-class outdoor recreation opportunities and reminding all of us that preserving wild places for future generations is a worthy endeavor.”

In 2019, American Rivers released its annual America’s Most Endangered Rivers report, listing the Gila River as #1. The Gila and San Francisco Rivers, along with their tributaries, make up one of the largest undammed watersheds in the lower 48 states. Today, just 124.3 miles (0.1 percent) of the 108,104 miles of New Mexico rivers are designated as Wild and Scenic.

“We believe it is vitally important that we protect these critical watersheds and rivers that have been very meaningful to our people for centuries,” said Lori Gooday Ware, Fort Sill Apache Chairwoman. “The artifacts found in Mogollon Box and other locations along these waterways can never be replaced, so it is imperative that we do what we can to conserve them. Designating these rivers as Wild and Scenic will protect them for future generations and allow those who come after us to stay connected to those who came before us.”

“The main stem of the Gila is a fantastically special river canyon,” said Jon Harned, Mimbres Property Owner. “The wildlife, the fish, the history and incredible diversity of plant life make it one of a kind. Too many times our rivers have been dammed up. Cities and developers inevitably end up with the water. The river gives life. Not just to the plants and animals, but to the people and communities beyond the wilderness boundary. I believe the people of Southwest New Mexico are best served by the Gila remaining a free-flowing river.”

“Several studies have shown that water-related recreation is a significant economic driver,” said Craig Wentz, President of the Southwest New Mexico Green Chamber of Commerce. “That is true here, as people come from near and far to explore all the Gila and San Francisco Rivers and the lands they sustain. If our ‘main attraction’ dries up, many business owners would lose their livelihoods. We applaud Senators Heinrich and Luján for recognizing the importance of these rivers to the businesses in this region.”

New Mexicans are now calling on Congress to pass this legislation this year.