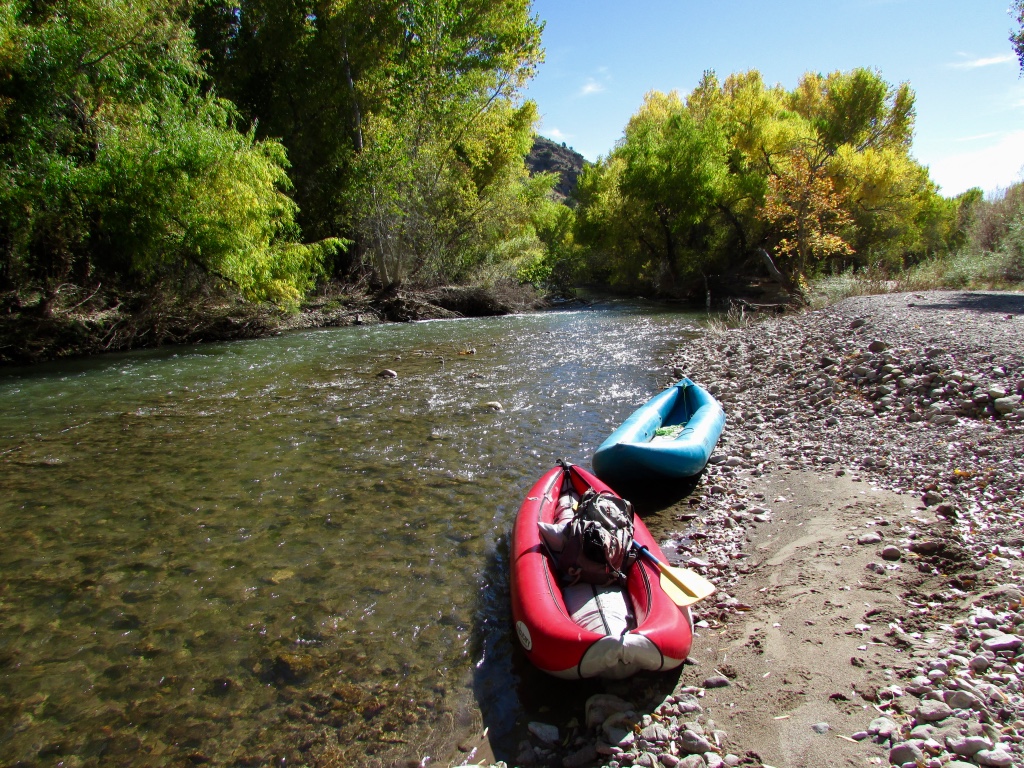 The most environmentally sensitive portions of New Mexico’s Gila River watershed would be protected under a bill the state’s two U.S. senators introduced Tuesday.

Parts of the Gila River, its wilderness area and the San Francisco River tributary would be placed under the Wild and Scenic Rivers designation to preserve their natural beauty, plus create recreational opportunities and diverse wildlife for future generations, Sens. Tom Udall and Martin Heinrich said in a statement.

The Gila is the state’s last free-flowing river and was named the country’s most endangered waterway in an American Rivers report due to climate change and a proposed dam project.

Heinrich said he’s confident Congress will pass the bill, though he cautioned it could take a while.

“I think we’ll get this done,” Heinrich said. “I can’t tell you how soon it will happen.”

The bill has drawn broad support from “a well-rounded coalition,” including environmental groups, nature enthusiasts, anglers and boaters, Heinrich said, adding the mix should bode well for its passage.

The 650-mile Gila River flows from the Continental Divide in New Mexico to the Colorado River at Arizona’s western border.

Congress passed the Wild and Rivers Scenic Act in 1968 to help protect more pristine rivers from dam-building that had begun in earnest in the 1950s.

The bill wouldn’t affect a controversial proposal by a state agency to build a dam on private land abutting the Gila because the designation only covers public lands. But it would prevent any future water diversion from being created along the stretches that are the most scenic and rich in wildlife, said Mark Allison, executive director of the New Mexico Wilderness Alliance.

Submit online graduate profiles to share with family and friends free. Upgrade to be included in the 2020 keepsake graduation edition printing June 28.

“These are the most ecologically significant and most beloved recreational sites,” Allison said.

The Interstate Stream Commission decided to build a diversion in 2014 based on the 2004 Arizona Water Settlement Act that allows New Mexico to draw 14,000 acre-feet of water from the Gila as long as the rights of downstream users aren’t adversely affected.

But the commission missed the deadline for submitting an environmental impact statement to the U.S. Department of the Interior at the end of 2019, which caused it to lose more than $100 million in construction money that was available.

“It doesn’t mean [the dam] is dead, but it’s an indication of a poorly managed and thought-through project,” Heinrich said.

Gov. Michelle Lujan Grisham has expressed opposition to the Gila diversion and has the authority to defund it. But on Tuesday, her office didn’t answer questions about the project and instead said the governor was thankful for the senators’ efforts to get the Gila designated as wild and scenic.

The proposed dam should be viewed as a separate issue from the wild and scenic designation, which focuses on the more majestic public areas, said Allyson Siwik, executive director of the Gila Conservation Coalition.

The bill is about preserving the river’s historic value and protecting wildlife, such as the 350 species of birds and the unique native fish, Siwik said. An unspoiled Gila River also offers a way for southwestern New Mexico to transition from mining to a more diversified economy that would include outdoor recreation, she said.

“This legislation ensures we can hold on to the ecological values of the river,” Siwik said.

This article originally appeared in the Santa Fe New Mexican.