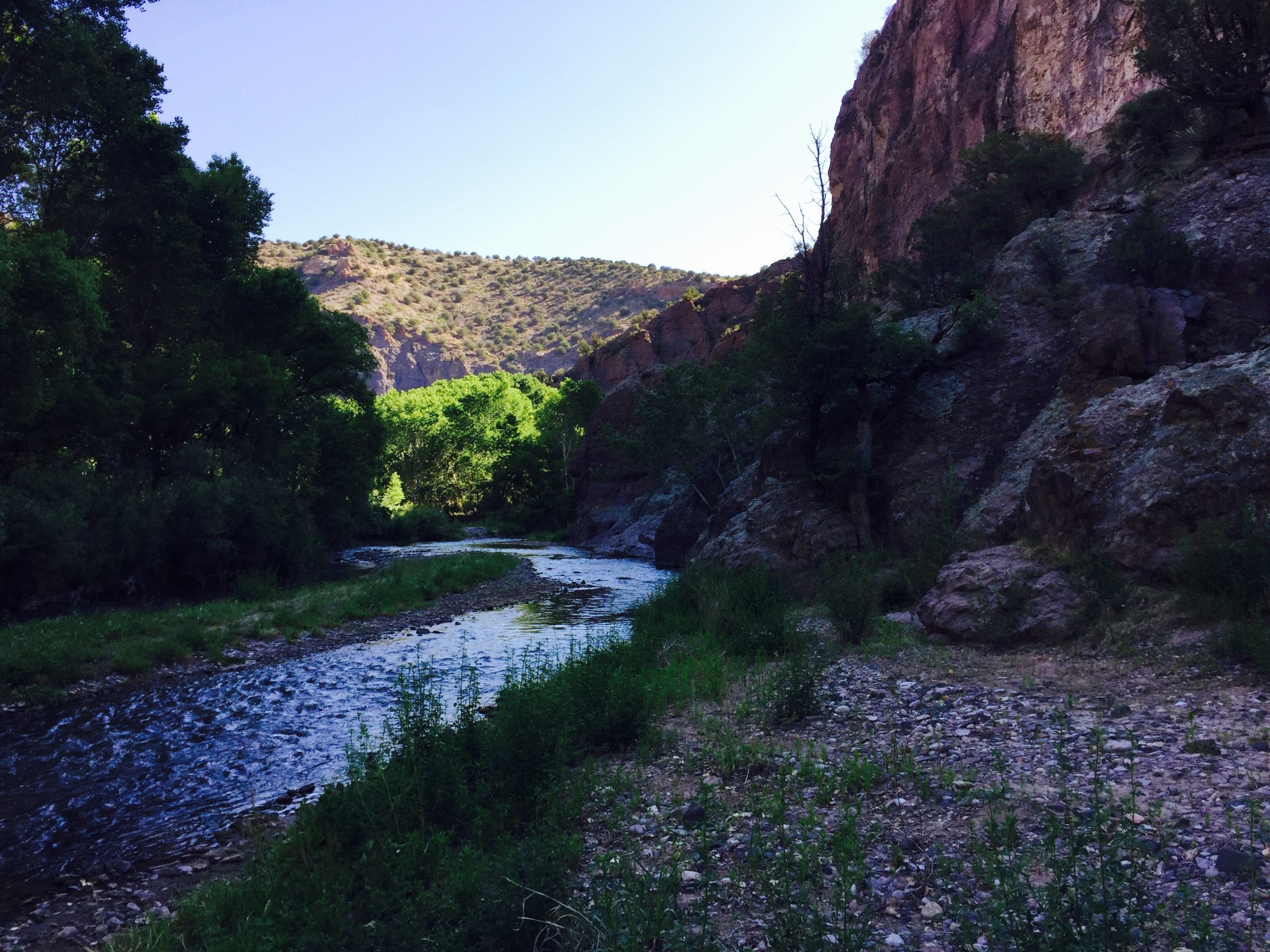 Over the past several weeks, New Mexicans have experienced challenges like never before. In many ways, our families and communities have had to hit the pause button due to COVID-19. During these times, I have found solace, strength, and calm in nature — whether that is in my backyard, walking with my goats or looking at pictures of some of the favorite places I often visited before the pandemic hit.

Among those are the banks of the winding Gila and San Francisco rivers. These waters have been a part of my livelihood. As a busy real estate agent, I appreciate that these waters — and the lands and wildlife they sustain — are a factor in drawing people who share our vision of rural living to Grant County. That’s why I’m thrilled that Sens. Tom Udall and Martin Heinrich have introduced legislation designating portions of these rivers as Wild and Scenic.

So many of New Mexico’s rural economies depend on protected public lands and waters, and Grant County is no different. The Gila and San Francisco rivers and their tributaries are the lifeblood of our community, and with a Wild and Scenic designation they will forever help sustain our way of life in southwestern New Mexico.

People visited or made their homes here so they could farm, ranch, hunt, fish, horseback ride, hike, camp, watch wildlife and more in and along the banks of these waterways. And when our state reopens, real dollars will once again begin to flow into our communities. Whether it’s hiring a guide to take you hunting or fishing, buying supplies for your adventure or frequenting your local retail stores and restaurants, businesses either directly or indirectly depend on protecting our lands and waters.

Research has shown that outdoor recreation generates nearly $10 billion in consumer spending, roughly $3 billion in wages and salaries, and $623 million in state and local tax revenues, and directly employs 99,000 New Mexicans every year. And, if the pandemic has taught us anything, it is that we need to invest in sustainable jobs that are the backbone of rural communities.

In addition to the outdoor recreation benefits, designating the rivers and tributaries as Wild and Scenic will sustain the traditional New Mexican economies that depend upon time-tested traditions like grazing, ranching, hunting and fishing.

The economic benefits the waters bring are likely one reason a recent public opinion survey found that New Mexican voters overwhelmingly support designating the Gila and San Francisco rivers and their tributaries as Wild and Scenic. The survey was conducted by Change Research, and commissioned by my organization, the Southwest New Mexico Green Chamber of Commerce.

The poll was conducted on the heels of a decade-long local effort to preserve these rivers and their tributaries. Tribes, sportsmen and women, veterans, small business owners, local municipalities and governments — including Grant County, All Pueblo Council of Governors, Fort Sill Apache, city of Bayard and the towns of Hurley and Silver City — have all come out in support of preserving these waterways.

Thankfully, the draft legislation proposed by Sens. Udall and Heinrich would safeguard roughly 450 miles of the Gila and San Francisco rivers and their tributaries as Wild and Scenic. Following the release of the draft, the senators solicited public input, and last week, they introduced the bill.

Now more than ever, our community needs a win, and something to look forward to.We, as New Mexicans, care deeply about having clean, free-flowing rivers, and we all depend on them for our enjoyment or livelihoods. When the pandemic is over, we need to invest more, not less, in what makes New Mexico so enchanting: our public lands and waters.

Let’s leave a wild and free legacy that future generations can always enjoy.

Cissy McAndrew is the executive director of the Southwest New Mexico Green Chamber of Commerce and a real estate agent in Grant County.

Wild and Scenic a benefit to all