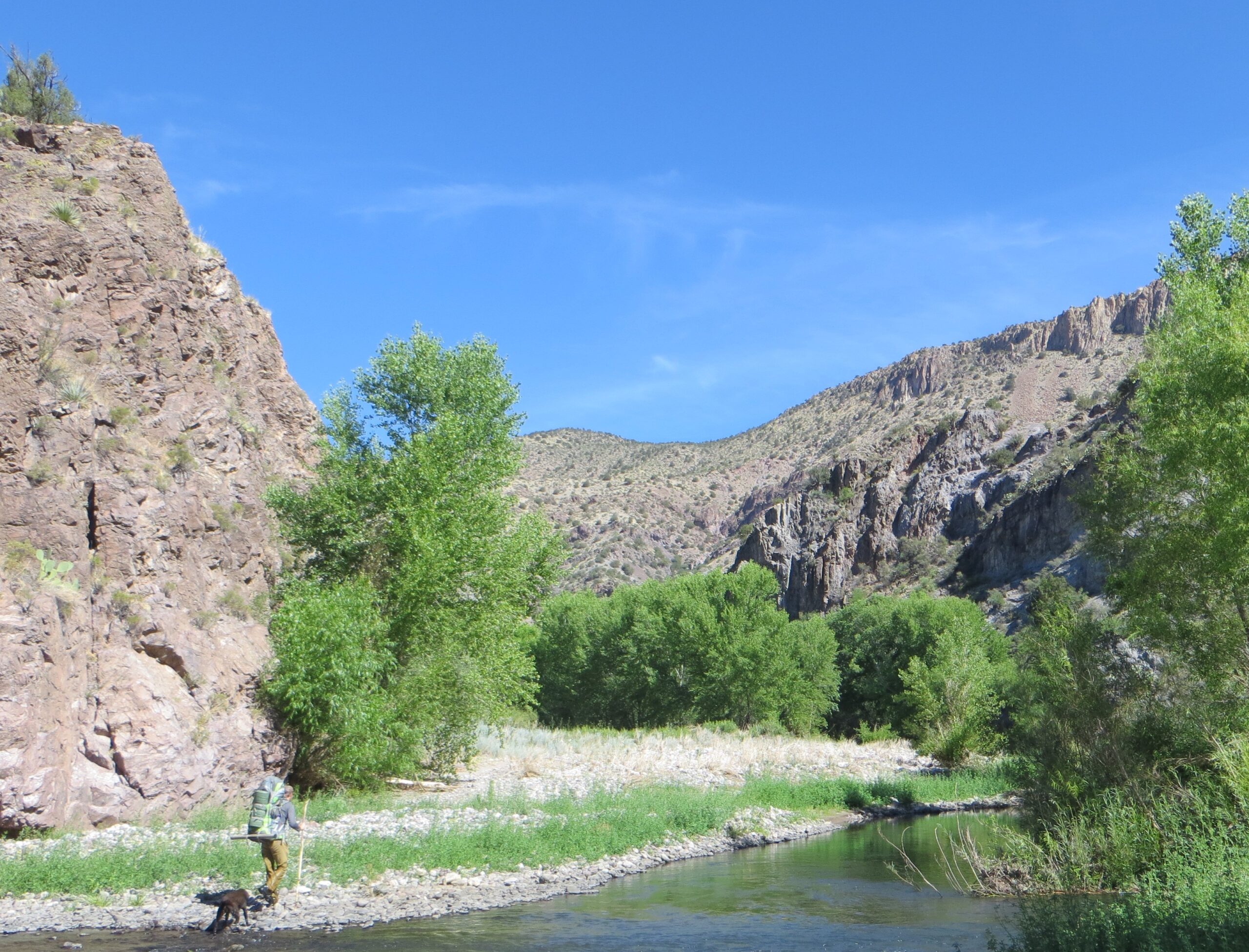 Water-related outdoor recreation in New Mexico’s Gila River and San Francisco River watersheds stimulates economic activity that supports at least 3,900 jobs in New Mexico, providing $92.4 million of income, according to a new study conducted by Southwick and Associates and commissioned by The Pew Charitable Trusts.

These water-related activities contribute at least $427.8 million to the state’s economy annually, according to the study. In addition, this spending is associated with $143.9 million of value-added to New Mexico’s economy.

The sustained economic benefits the Gila and San Francisco rivers provide are an important part of a diversifying the economy in southwest New Mexico to include tourism, recreation, ranching, farming and mining. These findings indicate that when designated as Wild and Scenic, the Gila and San Francisco rivers could contribute to a durable economic recovery from the COVID-19 pandemic and related economic impacts.

“This type of collaboration is one reason Gov. Michelle Lujan Grisham had the vision to create the Outdoor Recreation Division,” Cabinet Secretary Alicia J. Keyes said. “We know that working together to preserve wild rivers will better protect these areas and grow the outdoor economy.”

The authors of the report, titled “Economic Significance of Outdoor Recreation in the Gila and San Francisco River Watersheds,” based their calculations on a recent survey sent to households in New Mexico and Arizona, as well as previously published data from 2017 on outdoor recreation spending conducted for the Outdoor Industry Association.

“Our research finds that water-related recreation in New Mexico’s Gila and San Francisco rivers are significant drivers of economic activity and employment for the state of New Mexico,” said Lisa Bragg, vice president of research at Southwick Associates. “Our findings strongly suggest that protecting these rivers as Wild and Scenic will increase their economic impact and contribute to the diversified economy.”

In May of this year, Sens. Tom Udall and Martin Heinrich introduced the M.H. Dutch Salmon Greater Gila Wild and Scenic River Act (S. 3670), to secure these economic bene- fits for local communities by protecting portions of the Gila and San Francisco rivers and their tributaries by including them in the National Wild and Scenic Rivers System.

These protections, like those for other rivers, including the Rio Chama and Rio Grande, are compatible with existing uses.

“I introduced the M.H. Dutch Salmon Greater Gila Wild and Scenic River Act to permanently protect some of the most dynamic and spectacular rivers and streams in our country. There are very few places left like the headwaters of the Gila — a place near and dear to my heart and special to so many New Mexicans. This is where locals and visitors alike go to kayak, raft, fish, hunt, hike and camp,” Heinrich said. “It is clear that conservation is a catalyst for growing the economy. Thanks in large part to the last decade of conservation victories in New Mexico, the outdoor recreation industry was fueling some of our fastest job growth, particularly in our rural communities, just before the pandemic hit. Outdoor recreation can help us employ millions of U.S. workers, connect Americans to their heritage, solve health and access disparities, and drive local economies. Southwestern New Mexico, with its access to the Gila and San Francisco rivers, is the perfect place for this.”

“This new research adds to our growing certainty of how critical protected public lands and rivers are to New Mexico’s economy,” said Axie Navas, director of New Mexico’s Office of Outdoor Recreation. “Designating portions of the Gila and San Francisco rivers and their major tributaries as Wild and Scenic will sustain southwestern New Mexico’s durable and diversified local economy with recreation and tourism.”

This article originally appeared in the Silver City Daily Press.

Support is broad for Wild & Scenic Not “the Usual Pie in the Sky” | Study: Outdoor economy poised to grow with Wild and Scenic designation